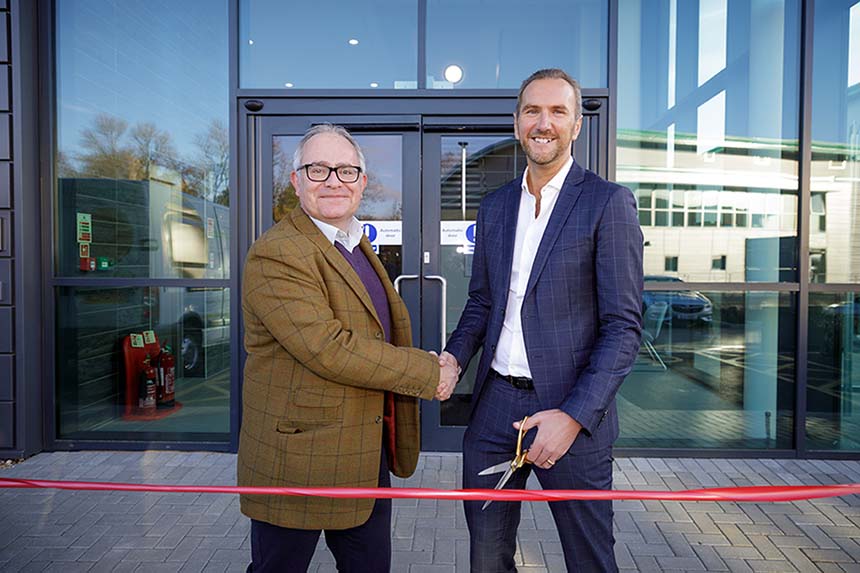 In London, Hermes has a fleet of electric vehicles delivering parcels to over 3 million homes in the Capital every day and the purpose-built parcel distribution depot they asked us to build for them at Prologis Park Hemel Hempstead was crucial to their ability to deliver parcels sustainably and efficiently to their customers. However, when John Ormond, Operations Director for Hermes UK, saw the delivery timeframe for the new 80,000 square foot parcel hub, he admitted to being skeptical that the building would be up and running in time for peak operation.

“Throughout my career in logistics I’ve always wanted to occupy a Prologis building,” John admits. “I did have my doubts, however, that the building would be finished in time for us to hit peak in October 2018.”

Jon needn’t have worried. Thanks to the expertise and dedication of our team, Hermes was able to hit peak with a new, sustainable distribution depot and Jon fulfilled a life-long desire to run an operation in a Prologis building. .

On budget and on time

Hermes UK’s new 80,000 square feet distribution depot needed to be up and running in time for Black Friday and the run up to the Christmas trading season. Building work on the new park started on 26th March 2018 and completed on 8th October 2018 – just 29 weeks later. Early access was granted to Hermes so they could start the fit-out of the new depot on 3rd October and the depot was fully operational by 14th October 2018.

The new depot has enabled the creation of 50 new jobs and is responsible for the delivery of about 130,000 parcels to the London area each day.

In order to ensure vehicles could access the building in time for occupation, Prologis UK had to complete a new site access (and off-site highways improvements), with a value of £2 million.

“At Prologis UK we pride ourselves on delivering on our promises so our customers can deliver theirs. As well as completing the build on time and on budget, we knew how important it was to Hermes UK that we were able to provide a building that met the highest standards of sustainability, including independent certification by The Planet Mark.”