Prologis ranked third among all U.S. companies for solar installations in 2017 with 120.7 megawatts, according to the sixth annual edition of the Solar Energy Industries Association (SEIA) “Solar Means Business” report.

SEIA, the national trade association for the U.S. solar industry, tracks solar energy installations across the U.S. and publishes “Solar Means Business,” which reports on annual solar adoption by companies in the U.S. 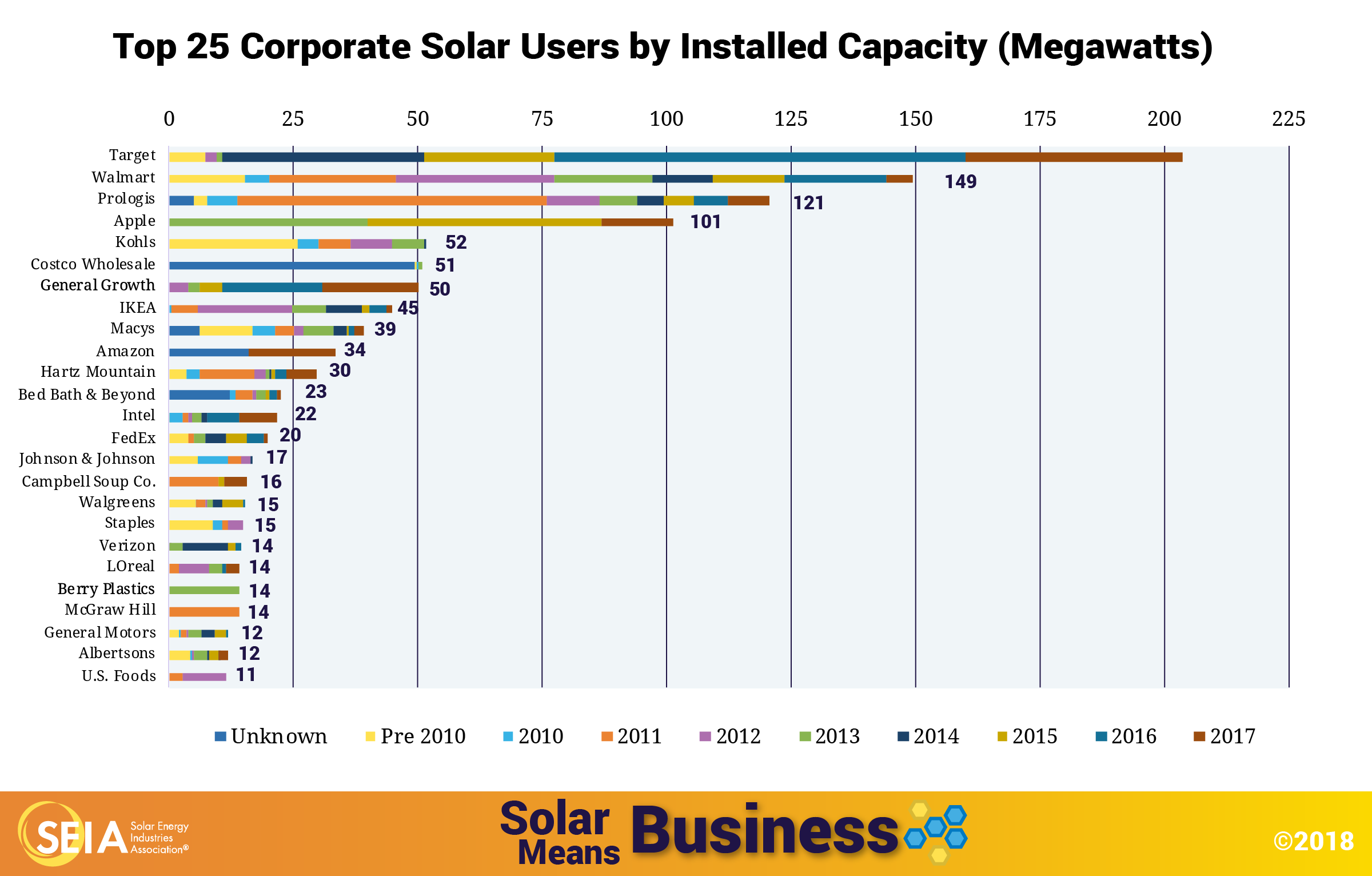 The report cited Prologis’ 11.8-percent year-over-year growth from an installed base of 108 megawatts in 2016. Prologis ranked just behind Target and Walmart for most megawatts of total installed solar for the second consecutive year. In the 2012 inaugural “Solar Means Business,” Prologis ranked 18th. The company’s rapid ascent speaks to Prologis’ commitment to deploying its rooftops to produce clean energy.

Prologis has received the 2019 Industrial Leader in the Light award from the National Association of Real Estate Investment Trusts (NAREIT) for the...

Prologis Mexico recently received the Developer of the Year award from Obras and Expansión magazines for outstanding industrial development work and...

Prologis and its listed entities in Japan and Mexico have again been included in the Dow Jones Sustainability Indices (DJSI).