The Urban Land Institute (ULI) held its Fall Meeting in Boston on October 8-11. ULI and PwC released the “Emerging Trends in Real Estate 2019” report at the meeting, which presents outlooks for the $7 trillion real estate and land use marketplace based on survey results from over 2,400 ULI members.In its 40th year, the report identifies the top 10 markets for investment. This year, seven of the top markets are in the South. Like last year, Dallas/Fort Worth was highest on the list. For the first time in the publication’s history, Brooklyn, Orlando and Tampa made the top 10.

Other major real estate trends discussed in the report include:

Mark Hansen, Prologis managing director and investment officer, represented the company at a press briefing on the report’s findings. When talking about retail transformation, he explained e-commerce providers need three times the logistics space as traditional retailers, and they want locations close to their customers. These factors, stemming from consumer demand, play into Prologis’ purposeful location strategy and presence in high-consumption markets.

Mark has worked on multiple projects, such as the Oakland Global Logistics Center, where public and private partnering was essential. He encouraged cities to merge public and private interests to form the most effective partnerships, explaining that grants are only available for these big infrastructure projects through private commitments. To get such efforts off the ground, Mark suggested developers start with incremental commitments and divide the work into smaller projects. 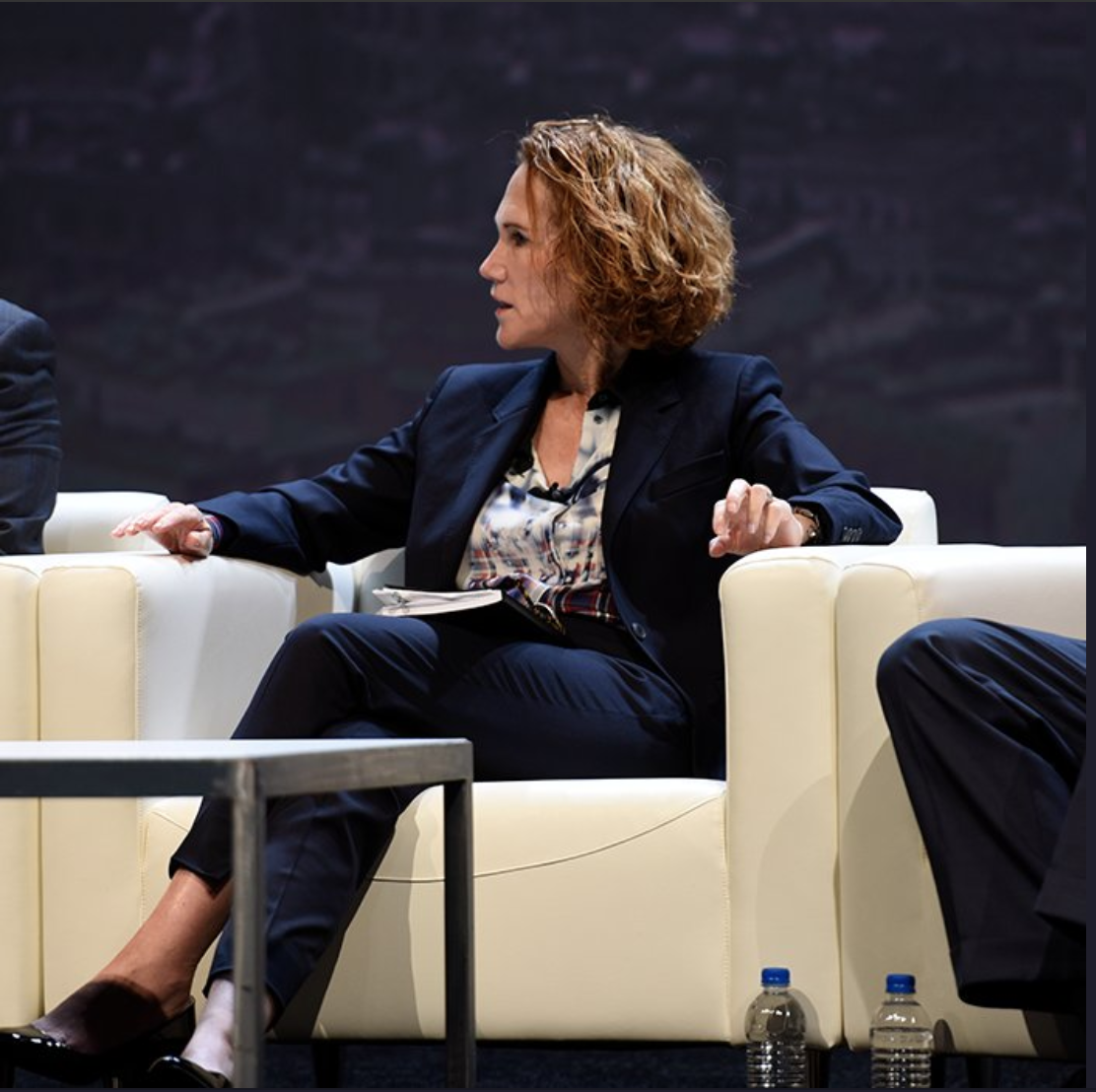 Gayle Starr, Prologis managing director of capital markets and a ULI governing trustee, sat on an expert panel to discuss the report findings along with Owen Thomas, CEO of Boston Properties, as well as a ULI trustee and foundation board member; Hessam Nadji, president and CEO of Marcus & Millichap; and Mitch Roschelle, partner at PwC.

Gayle noted that this is the first time the industrial real estate sector has seen a significant shift as a result of consumer demand. Cyclical spending and consumers wanting fast delivery and varied goods are fueling record demand for industrial real estate. As affluent consumers cluster in urban areas, location is more important than ever before, playing into Prologis’ strategy of being near population centers.

At the forefront of Prologis’ efforts to advance women in real estate, Gayle is also on the executive board of ULI’s Women’s Leadership Initiative (WLI). The mission of WLI, formed in late 2010, is to raise the visibility and number of women leaders in ULI and the real estate industry.

Prologis has been involved as a sponsor and supporter of WLI for the past four years and has given scholarships to 10 female members in recognition of their contributions to ULI and commitment to real estate and land use issues. Prologis hosted a breakfast for the talented scholarship recipients on Tuesday, October 9.

Prologis stands in solidarity with the Black community in speaking out and acting against racial injustice, hatred and violence.

Read more In Solidarity
Prologis’ Moghadam Interviewed by The Economist

Prologis’ Moghadam Interviewed by The Economist

Prologis chairman and CEO Hamid R. Moghadam was recently interviewed by The Economist to discuss why distribution centers and logistics properties are...

Prologis chairman and CEO Hamid R. Moghadam was recently interviewed by Bloomberg TV’s “What’d You Miss?” to discuss the evolution of global supply...

Prologis Research has published the fourth installment in their series regarding COVID-19 and its implications for logistics real estate. This report...